Tobias and I decided to celebrate New Year's Eve again in Hamburg. We first hoped Jan would join us this time but sadly though he didn't want to join us. Finally Maik came with us. Tobias and Maik had a lot to drink in their rucksack for the trip to Hamburg and the party started in the railway. When we arrived at the Backstage we helped Kathrin a little bit decorating the pub. At the beginning some sweet girls came into the pub but they only had one drink and then they left,...
Hmm, what else to say? The night became very long again and some musicians came into the Backstage, first of all again Mike Terrana and later on 'Weiki' came in. Mike T. stayed very long and we had a very interesting talk about rowing and drumming. Tobi flirted with a girl that also had been there together with Mike and his girlfriend. I knew the girl from the Gamma Ray tour. It was fun seeing Tobi giving his best!
We did not change places for the fireworks but went outside when it was almost 12 o'clock. It was very loud and smelled a lot after fireworks outside. Hmmm, if you ask me it was again one of the best trips to Hamburg but again, the best team to be in Hamburg is together with Jan! We had some problems travelling home by train because the one we wanted to take did not arrive. It was great that we did not have to pay for the trip home again, like last year on New Year. I only have to add: don't eat to much Mc Donald's food after so much beer and don't puke out of a train into the wrong direction! ;-) 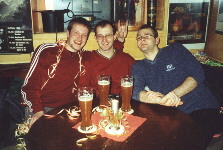 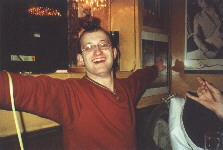 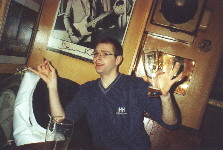 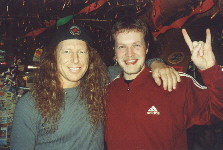 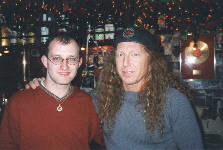 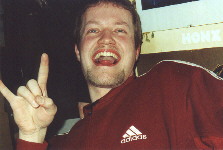 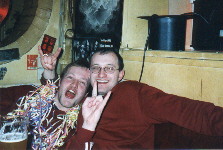 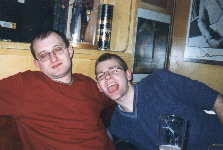 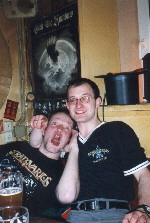 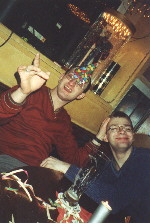 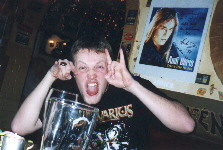 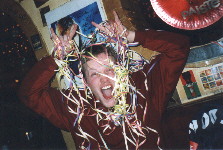 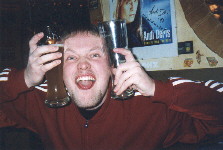 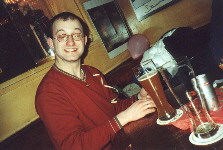 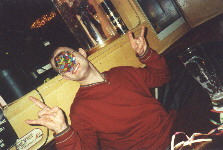 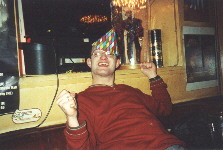 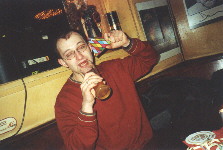 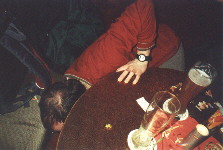 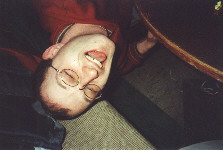