All of us were looking forward to Tobias' birthday Party in Hamburg in April 2000. This time Melanie, Denise, Marion (Edguy Fanclub) joined us. Of course Jan was also with us!
Well, it was supposed to be a cool trip but after all I could only say that it was the worst trip for me to Hamburg ever up to now. Jan did not feel that good, I drank too much and the concert of Stratovarius the next day could not make me feel much better although it was really good! I had a big headache.
Jan Tobias and me drove to Hamburg first. We first went to an Irish pub at the Fishmarket, then Marion joined us and we all together went to the 'Headbanger's Ballroom'. I was happy to see that Stratovarius and Sonata Arctica were going to have an aftershowparty there the next day.
After some beer we changed places and went to 'The Backstage' together with Denise and Melanie, two friends of Tobias. And as I said: I had to much beer and felt very sick after some hours but see the photos for more.

At this point I would like to say thankyou to Kathrin from 'The Backstage' for letting us (Marion & me) sleep in her flat so that we could get to the Stratovarius concert the next day! It has been a big help for us! 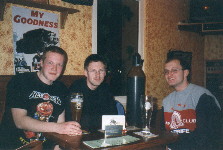 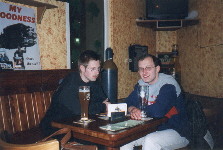 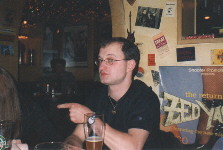 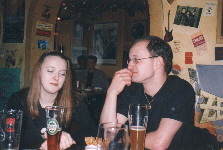 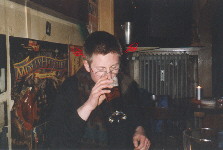 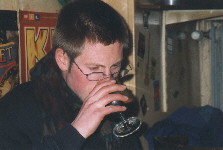 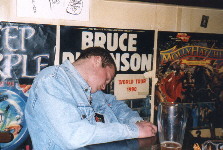 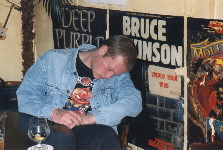