At the end of 1999 I figured out that we (Jan/Tobi/me) have only been in Hamburg one time and so Tobias and I decided very quickly to travel to Hamburg to celebrate 'The Millennium' in Hamburg. We were a little sad that Jan did not join us this time but he celebrated elsewhere. It was a good decision to travel to Hamburg although my girlfriend Silke would have liked to celebrate together with me and she wanted to stay in Hannover. All of us are really looking forward to Tobias birthday in April because he will celebrate it in Hamburg. I myself will go to see STRATOVARIUS one day after the party in 'The Backstage'; it will be a fucking cool weekend! Well, but first of all some more facts of the Millenium Trip to Hamburg; oh, we were crazy, we started the Millenium-party in the train to Hamburg. When we arrived at 'The Backstage' after looking for it for about an hour - Jan is the only one who can normally show us the right way - it was still closed and we had to wait. The main reason why we were celebrating has been that we were in Hamburg again, we were not celebrating the year coming 2000. Just to say later when asked we went to 'The Alster' a short time before midnight; it was too full to leave the subway station without any problems! So we soon returned to the backstage to have 'some' more beer!
The night was very long, we had many beers (only counted my ones.... well 'bout 11 Hefe-Weizen (0,5l) and some other drinks) puuuuh, we met some kind people ('Bobby' for the second time) and I met Mike Terrana a very popular Metal Drummer from the States. We finally got home somehow the next morning - the conductor asked us very worried if everything was OK with us ;-) - at about ten o'clock.

At this point a big thank you to Kathrin for the nice time in 'The Backstage', to Bobby, for the way he is (Kathrin, wenn Du nicht gleich Marianne Rosenberg spielst, fange ich an zu singen!), to Mike Terrana for the nice talk (in English please!) and for the signed photos and your address! At least thanks to all 'Millennium guests'! 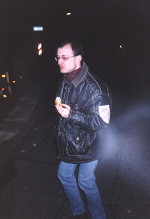 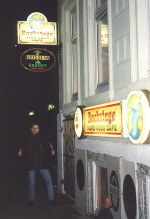 (1): Tobi already had some beer and is eating and laughing! (2): Tobias in front of the Backstage 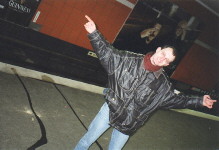 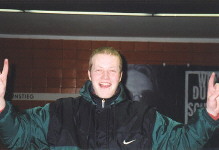 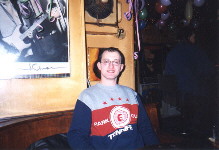 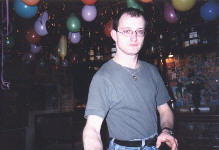 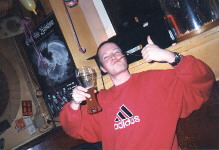 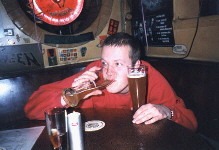 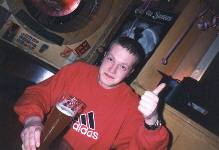 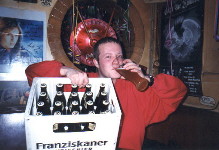 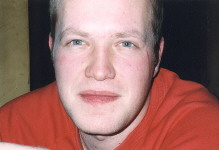 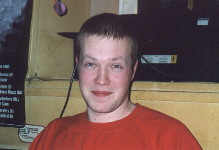 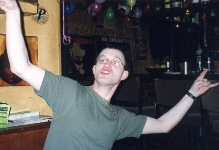 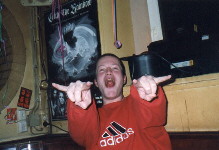 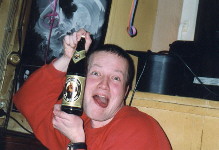 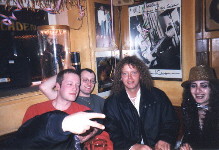 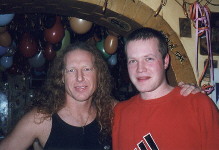 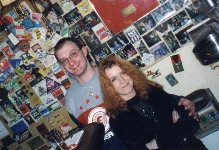